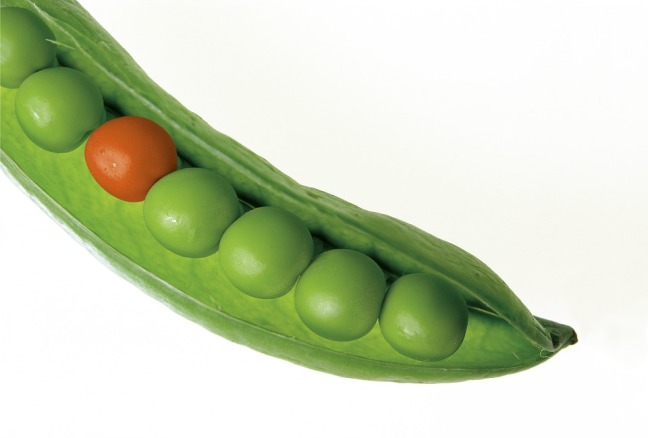 Many of us feel we are somehow different, and on some days more than others. I know I do. Maybe you can relate to feeling prejudged by the outside world, based not upon who you really are but how others see you at a first glance. Happens to me all the time and all of my life. Who could possibly size up another individual with one glance? Yet we are all guilty of it and we all suffer the consequences.

I have what many regard as a classic, feminine presence. I’m kind of girly. That’s usually the first place I get pigeon holed or judged – and often. I am also very polite and kind, which aligns with what is expected based upon my appearance. However, I have built about 90% of two additions to my house and am handy in the trades. That shouldn’t be incongruous but often it is. Picture a woman in a dress and heels loading lumber into her Mazda (seats fold down). And while I am nice and polite, spend a few minutes in conversation and you will soon discover my intellect and snarky humor.

Because some don’t expect it out of me, they can be disappointed or even annoyed. This is where I usually say many think they want to spend time with me but once they have, they’d rather not. Now that’s more a deflection on my part to give people an out when they find I’m not so easily stuffed into their mental image of how they would like me to be. I’m more of a handful than my sweet, feminine external might imply.

I’ll give you a great example of how absurd it is to think you know someone without getting to know her. Back in high school, one of my girlfriend’s older brother fancied me (although the feeling was not reciprocated). She told me on two separate

occasions that her brother though

t I was, first, too intellectual and serious, then later that I was silly and superficial. Um, thank you? Does that mean I am complicated? Different? I admit it helped a little to learn that later in life he was institutionalized for mental health issues and addiction. And I wish him well. But those remarks will stick with you, especially when you’re a teenager. I guess I would thank him today, if I could, for making my point.

Society is not always easy on the people who seem different. To most I’m practically un-American, as it is, because I have zero interest in sports, I don’t drink beer or eat pizza and I’ve never had a credit card finance charge. That may sound funny but these factors have an impact on my daily life! I am an outcast in the workplace when the banter is about a weekend game or the office softball team. I can’t even pretend. Besides, that fake, feigned interest doesn’t fool anyone. And when beer and pizza are the “everyone likes” fare, I’m the weirdo. And no debt? How can I relate to coworkers who are far more indentured to their jobs because of theirs? Now, I am pretty easy-going and will go along to get along but I can’t be who I am not.

Even more of a separator is my being single and not having kids because it separates me from parents or married people. Naturally the common factors in our lives take a back seat to parenting and partnering pursuits. This might be where this straight, white woman can relate to the LGBTQ and other minority communities because to many of my peers, I am different. And, no, I have never been lonely, except perhaps when Mom and Dad passed or when I have been with the wrong man. (From a philosophical and theoretical standpoint, we are in this reality together but we all alone in our journeys, after all.) I love my own company. Some out there might agree!

I think we owe it to this journey to be our true selves. And if authentic means we are different than the norm, good! I had a nice conversation with a my friend‘s septuagenarian mom’s beau who is her same age. He suggested I be a model (I assume his eyes aren’t perfect) or I sell insurance, his former profession. He had my best interests at heart and he would probably be a great mentor if I chose that field. But I know it’s not for me and I quickly assured him there would be few profit-making organizations that would want me on their staff, after reading my opinions on the Internet.

My beliefs and morals are who I am. And while some may disagree with them, they are not hateful or bigoted. Why should I hide or apologize? I have thousands of social media friends who agree with me and so far, my positions have proven to be right for our greater good.

I’ve always seen the world through social politics; you know, the greater good, questioning authority, a think locally and act globally sort of mindset. I’ve always gotten my information from academics and experts and let my intellect and morals drive my actions. (And changing one’s mind is not flip-flopping; it’s evolution.) I stand firm on my core convictions but I don’t demand others behave like me. At the end of every day, I have peace in knowing I am true to myself, that I use my health to work hard and live an active life. And every morning, I awake with curiosity for the promise of a new day, striving to be better and more authentic, and happy to have two feet to carry me.

One thought on “On Being. Debbie #atozchallenge”