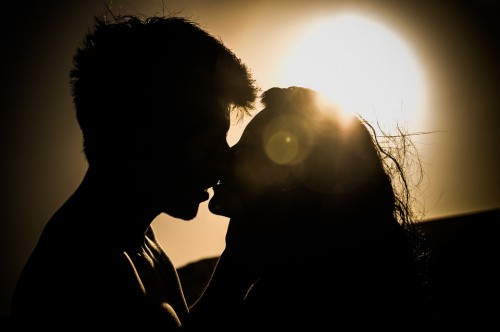 K: Today’s Deb-Blog Has Been Brought to You by the Letter D for Dating and the Letter K for The Attraction of the Kiss

Remember “Pretty Woman,” where Julia Roberts’ character wouldn’t kiss Richard Gere’s character because, as a sex worker, that act was too personal? I agree. The act of sex is about as primal as it gets – it’s the biological act that continues the species. Of course, it can be complicated and deep, as well. And kissing is certainly interconnected. But I have found both are not necessarily good or of equal quality with the same person. And if you really stop to think, which might be difficult in the heat of the moment, shouldn’t both be synonymously mind-blowing?

I haven’t kissed all that many people. You’ll just have to use your imagination or take my word for it. But I’ve never been married so I have kissed more than one man. I also can only attest to kissing men because that’s my personal flavor and I am very brand loyal. And since this is my blog and my opinion, my experience tells me most men aren’t great kissers. I honestly wish there were more decent kissing videos on the web than explicit erotica. Unlike sex, I think most men think they’ve learned and mastered kissing from the first few people they’ve kissed and quit working on it, while others are just naturally good at it. Man, there is almost no greater turnoff than a guy who is a lousy kisser. It shows a lack of self-confidence, which is not attractive. Show me animal magnetism, a confident man and good lips. Now that’s a great start. Whew, nothing like that energy.

There’s a great song that says it beautifully. A hit in the 60s for Betty Everett, it’s called “Shoop Shoop Song (It’s in His Kiss),” although I love this version with Linda Ronstadt and Phoebe Snow:

Indeed, if you want to know if he loves you so (or desires you), it’s in his kiss! Some may be able to go through the motions and make a kiss feel fabulous, but it will never compare to the chemistry of a man who feels for you and knows how to kiss you.

I remember the great kisses. Don’t you? I also remember the bad kisses. Sometimes, it’s just not a good lip fit – too thin or too thick. For the most part it comes down to chemistry. It’s either a good lip lock or it’s not.

It’s just not a place you can fake it. The only thing you need to prove, or will subsequently show, is the kind of man you are. You know, put your lips together and blow!

7 thoughts on “The Attraction of the Kiss #atozchallenge”