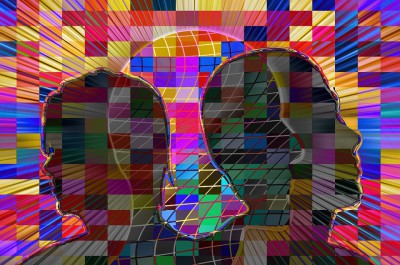 Q: Today’s Deb-Blog Has Been Brought to You by the Letter D for Debating and the Letter Q for I Wish Quarreling Were More Fun

No one believes me but my mom and dad never fought. I was there. Both independently would confirm that. That impacts a person. Oh sure, as a child I encountered playground conflicts, but it was always the other person reacting in anger for some petty reason, as kids will do. And I had my share of tantrums and “growing pains” with Mom and Dad, but they never fought back. They let me act up and then made smart, decisive responses. No drama, my daddy and mama.

“The Andy Griffith Show” demonstrates the calm parenting of my mom and dad. This clip is a bit longer than I’d like but it gives that perfect example of how to react to childish tantrums. The additional segments are about a spoiled, rich kid who has influenced Opie and who reminds me of how George W. Bush probably behaved so I love that the “Richie Rich” kid gets his comeuppance.

Now, if you just want to see the 21 second outtake of a proper reaction to a kid’s tantrum, click here:

Opie looks so self-conscious after his dad ignores him. I, too, have grown to live without drama or bickering. As an only child, I never learned how to spar with siblings. To this day, I avoid conflict whenever possible. I am self-aware and strong but find little use for most disagreements. I just don’t look for a battle. All my life I play ahead ten steps and make the smart decisions that will avoid conflict.

But a good quarrel about something meaningful is wonderful! And it’s rare. Today many discussions are via social media. But I find it a waste of precious time to engage with anyone who disagrees with me about the Democratic primary candidates because we tend to live in echo chambers, or at least those impassioned folks on the Internet. But a good discourse with an equal about important topics is truly a joy. It’s a debate, more than a quarrel. Heck, I’ve even read otherwise smart people arguing about the bias on the following GIF as it pertained to the intelligence of the two cartoon characters. Cartoon characters, people!

I imagine a good quarrel in a relationship but I have never had one. You know, a deep “I know this person and this is getting to something deep and good” sort ot quarrel, like in “Who’s Afraid of Virginia Wolfe?”

If I ever did have a good quarrel that would really get the two of us to a better, deeper place, I think I’d like to hear this song. There was a time I searched all of Banff just to hear this to heal my heart from an unproductive quarrel:

2 thoughts on “I Wish Quarreling Were More Fun #atozchallenge”