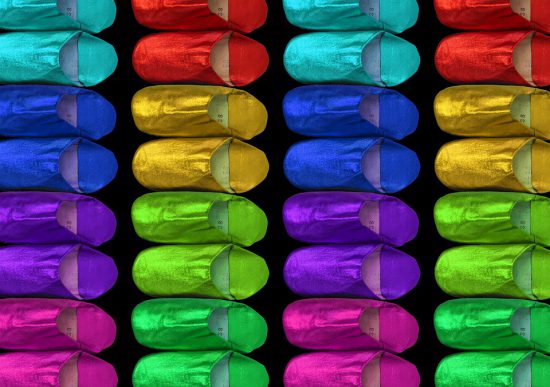 S: Today’s Deb-Blog Has Been Brought to You by the Letter D for Dirty and the Letter S for Shoes: Welcome To My House, Now Remove Your Dirty Shoes

Being a pleasant, happy person, when I am out running errands, I often strike up casual conversations with strangers. A couple weeks ago, I’d just entered a thrift store when an older gentleman was leaving with a pair of new galoshes. His satisfied grin told me how pleased he was with his purchase. The moment we made eye contact, he said that he lived on a farm and how hard it was to find such boots, even in his rural community. Clearly, his visit to the city was worth the trip. I was hoping this would be then end of our pleasantries because I wanted to get on with my shopping but he had more to say. So I resigned myself to spend more time with him, because it’s the polite thing to do.

I mentioned I actually had a pair of over boots about the same size as his because when I had double foot surgery a couple years before. I told him I needed large over boots to cover my surgical boots when outside so they would be clean to wear inside, adding that I don’t allow outside shoes in my house.

“Well, I’m not coming to your house, then, because I keep on my shoes,” he barked. Then he said his sister-in-law had that rule and she’s not married anymore. Really?

So I said he must have paid staff to wash his floors, hoping to make the point that if his sister-in-law was responsible for washing floors in her household and her mate wouldn’t remove his or her shoes, I’d divorce, too! No, he said his wife did the housekeeping, with a “his way or the highway” sort of tone. Overlooking the sexism, my right to establish my own house rules or even generational differences, our battle to the death was going to be over shoes.

I suggested there were several countries he would not be welcome then, either, fully aware of the slim to none likelihood he was a frequent, world traveler. I was glad, however, that this discourse led to our mutual decision to politely end the conversation. But this is not the first time I’ve had this debate with people and it’s baffling.

Why is this such a contentious topic?

This was never an issue in my happy home growing up. We never wore outside shoes in the house. So there was little chance of carrying in whatever one might pick up on a public surface like diesel fuel, fertilizer, the MRSA virus, tar, animal feces or remains, human urine, phlegm or vomit. And that guy lived on a farm. Imagine what’s under those shoes!

It’s my house and my family’s custom.The vast majority of my friends have the same custom. I’ve gone so far as to have an entire chest of clean slippers and flip-flops for guests in all sizes, colors and styles, so I am an accommodating hostess. And unless you drop food on my floor you will pick up nothing off my floors, either. You are forewarned and don’t be shocked that I insist. But those who simply take off their shoes without a thought, thank you!

The importance of removing shoes in my house through interpretive dance.

My greatest vindication from my clash with the farmer came later that afternoon when chatting with my next-door-neighbor about my latest house project and the mess it had created. She remarked, “I know. We don’t wear outside shoes in the house and I can’t understand how our basement gets so dirty!” I wanted to kiss her.

3 thoughts on “Shoes: Welcome To My House, Now Remove Your Dirty Shoes #atozchallenge”