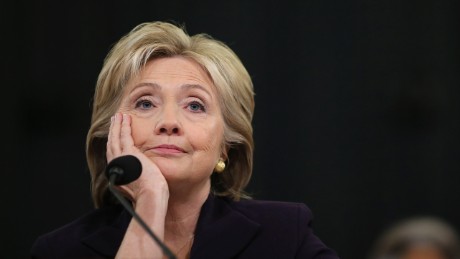 (Inspired by the “My Fair Lady” song “A Hymn to Him,” composers Lerner and Loewe.)

Why would Hillary think she should have this POTUS job?
Her motivations are suspicious.
What could’ve possessed her?
Most simply detest her.
I’ll bet she’s plotting something malicious.

Hillary’s a corporatist; that’s all there is to that!
Her Wall Street ties and income I mistrust!
She’s nothing but exasperating, irritating,
dominating, plotting and negotiating,
conspiring and a cunning stunt with lust.
America, why can’t Hillary be more like a man?

What’s the rush to shatter this glass ceiling now?
I prefer we leave it be instead.
The presidency? How presumptuous. Wow.
And now she wants to claim “presumptive” ticket head.

Why can’t Hillary take after a man?
Men are “deciders” and easy to trust;
She can’t even manage her hubby Bill’s lust.

She murdered Vince Forster and four in Benghazi,
Prompting lengthy probes by Trey Gowdy and Ken Starr,
That morphed into an email dig and to Lewinski.
Why don’t they just put her behind bars?

A male politician may slip a bit,
Cast a vote you might think isn’t right.
But Hillary’s so crooked she should just quit.
A lady knows her place and doesn’t fight!

Why can’t Hillary take after man?
Cause men are so friendly, good-natured and fair.
And gray at the temples just means better hair.

Her voice is much too strong or weak or shrill.
Her clothes are way too pricey and were worn before.
And when you look up nutcracker, there’s a pic of Hill.
Why can’t she just do less – and then do more?

Why can’t Hillary be more like a man?
Men are so witty, their laughs so robust.
A girl president, I can not adjust.
She has no sense of humor. Her laugh’s a disgrace.
Why can’t Hillary know her place?

Why is Hillary so hard for me to take?
Just bake cookies out of public life.
A strong, smart woman is a wicked wake to take.
Don’t be health care First Lady, be a wife.

2 thoughts on “Why Can’t Hillary be More Like a Man?”