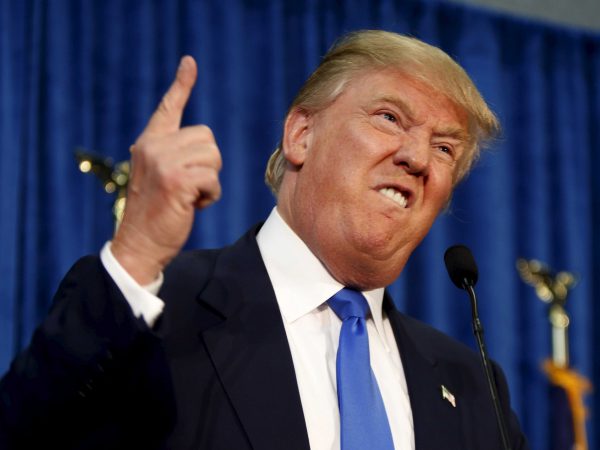 I suffer from TAD, Trump Anxiety Disorder. I haven’t been able to find the right words to express the terror I feel, the absurdity I see and the shear incomprehensibility of this presidential campaign. But I know it is the duty of every intelligent, non-deplorable American to act. We must mobilize and every way to prevent Donald Trump from getting anywhere near Washington D.C. He is our call of action. So I will try to find words.

The speed at which the GOP has arrived at this point is stunning. It has been their trajectory for decades but I didn’t think it would happen so fast. But Donald Trump did it. He has leached out supporters from every group the right-wing has been sending dog whistle language for years; racists, homophobes, xenophobes, misogynists and any other scattered folk one could lump into the obtuse. If Trump loses (please, God) perhaps this will serve as a good disinfectant to, if not teach, at least shame the frothing. gnashing, hostile poorly educated from even thinking they could ever “rise again.” If he wins, the world will turn its back on us, deservedly. And our society will crumble, economically, structurally, socially and morally. It will put the final nail in the coffin of our democracy that previous Republican presidents started. (OK, some damage has been down around the world by Dems, too, but nothing compares to “W’s” years.) This is not hyperbole. My Trump Anxiety Disorder disorder has exhausted me from being able to give examples to my hypothesis but there are plenty of folks who have already done so anyway.

So I feel a little more nauseous every day. We have the most qualified candidate in modern times in Hillary Clinton. But the mainstream “journalism,” which we now just call part of the greater media, has completely failed us by making the contrast obvious. This is our Citizens United, post Fairness Doctrine perfect storm, with a grifter at the epicenter.

The English language lacks the proper word for this kind of pending calamity. I suspect there’s a German word perfect for this. And I am not making a Hitler reference (although it is probably fitting), but they have words like Schadenfreude, meaning taking pleasure from another’s misfortune, which is what I am hoping to feel November 9th.