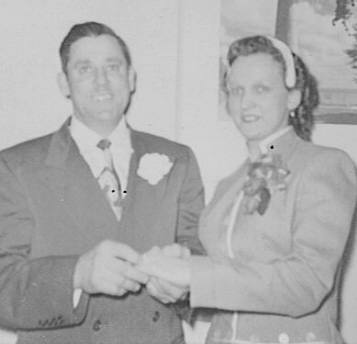 With a preface of a brief apology for the delay in posting (to all two of you who follow my blog!), my absence was due to my focus on the speaking and improv side of my expression. I might be repeating myself from previous blogs but unless I share my internal and external evolution, I fear further writer’s block on other fascinating matters, like Donald Trump’s failed attempt at hair, people wrapping themselves in a seditious flag or same-sex marriage now being called marriage.

For just shy of ten years, I had the honor of being a stay-at-home daughter, moving Dad in with me the day Mom passed unexpectedly. Being a save-for-a-rainy-day kind of gal, I was able to leave work to be with him after about a year. Dad’s health was pretty good when he moved in but he was getting tired. His various medical conditions were not catastrophic but the cumulative nature of health issues with age eventually take their toll. I ache for him and Mom. I never wanted those days to end. If you ever have the fortune to do what I did, know this: the difference between raising a child and caring for someone one at the end of life is the world can’t see the grown, independent, upstanding, accomplished adult you helped make. It’s hard to walk from that role and not feel responsibility, as irrational as that is.

I never thought about what I would do after these glorious days. I was in the moment, happy and filled with joyful love. But I knew I’d been changed. My social and political convictions remained a passion and strengthened. I also reclaimed my intellect, something I had curtailed in jobs, relationships and routine social encounters. I lost a tolerance for foolishness, bullying and temper tantrums manifested by ego in the workplace that felt too trivial and droll for my personality, creativity – or life! Whether he knew it or not, Dad was teaching me this life lesson. I vowed I would not squander what Mom and Dad gave me in this life. But I did have to claim it.

I first began to see possibilities and find avenues to channel my energy, creativity, humor and communication abilities once I began to let myself be myself. It certainly isn’t the easiest route to remove the extraneous, refuse the comforts of old paths and stay true to honoring one’s uniqueness, but it is the only way to be of the greatest value to this world or know bliss. After all, what good are you doing anyone if you aren’t chiseling at the marble slab of life to uncover your imperfect masterpiece?

Frankly. I am still a bit shy saying it but I am drawn to public speaking and some audiences seem to like it. Same goes for improv work. It’s true about creativity that you only can please some of the people some of the time. And I have had plenty of experiences in certain venues where the audience made me think I was speaking an unfamiliar tongue, which could only explain their vacuous stares, unless it was thinly veiled, face-chewing  disgust, an accidental attendance or concealing trapped gas from a high-fiber lunch. Rather than owning defeat, I stoked the engine and pushed on to other venues until someone laughed, smiled or applauded. And they have. I expressed “the head and heart,” won some laughs and even found a few who like to read my written word. Finding these channels of expression feels like what I think is a life for stage and public speaking work feels, actually; sometimes you spark for others and sometimes you burn a bridge. Such is the metaphor of life, too, no matter the situation or circumstance. Now, about Donald Trump.